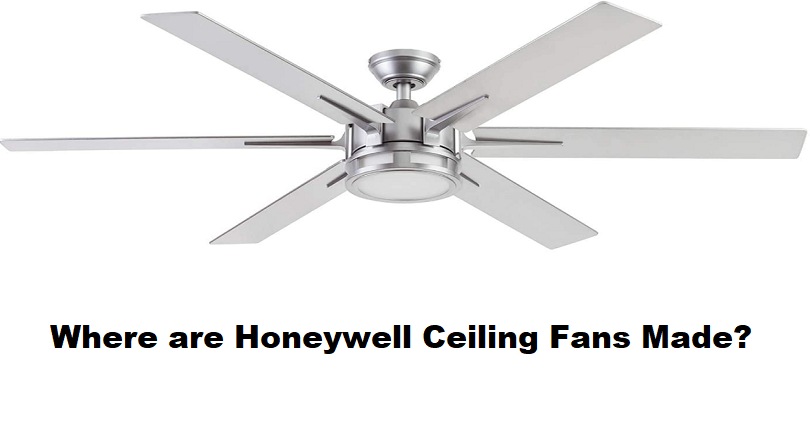 Honeywell is a multinational conglomerate corporation that does not only manufacture ceiling fans. Their area of concentration is diverse, like aerospace, and its building technologies division is only one wing of this huge enterprise.

If you are looking for a local US-manufactured fan, you need to consider something else. However, if you want to get a good quality ceiling fan, then Honeywell is a good option, even if the brand is from another part of the world.

Where Is Honeywell Based?

Honeywell International is an American company that has a long past, from a tiny Thermo-Electric company established in 1885.

The original one person company started in Minneapolis with an invention that will determine the heat of a furnace. It was early invention and, in this age, we call it a thermostat.

From the beginning, this was a small company and it started growing and got more companies in different fields. They created a company in 1906 known as Honeywell Heating Specialty Co.

In 1927, Minneapolis heat regulator company and Honeywell Heating merged together and the remaining is the history.

Are Honeywell Ceiling Fans Made in the USA?

Honeywell ceiling fans are not made in the USA. However, the headquarters of the company is located in the USA as we saw in the previous section, the company is proudly American founded as well as American owned.

Although Honeywell ceiling fans are manufactured in another country, they have become a competitor for other brands in the market for a while. This brand is not the only brand of ceiling fans that shifted its production from USA to other countries, Minka Aire and Hunter are no exception. To ensure the company’s longevity, they did it. the company offers and honors their warranties, so you will not have any confusion while purchasing a fan from them. That is the reason consumers give preference to Honeywell products and they are confident in the brand. Their distribution network is extensive and agents are available throughout the United States.

Honeywell International is replete with divisions which encompasses facilities in the USA and abroad. They have become a global entity with the extension of four business groups including:

Ceiling fans are the smallest aspect of the Honeywell brand, and they are not manufactured in US. The appliances of Honeywell are made in China.

However, there are some Honeywell production facilities for other products within the US. It includes Honeywell Robotics in Pittsburgh and safety gear which is developed in a factor in Rhode island.

Honeywell manufacturing facilities for other items is within the United States. Honeywell Aerospace is situated in Phoenix, Arizona.

Who Is the Official Manufacturer?

Hong Kong China Electric Manufacture Company is the manufacturer that sells fans under the brand of Honeywell. Their expertise is not only limited to fans but they also have a wide range of electrical appliances too such as TVs and radios. Hong Kong Electric Manufacture Company makes ceiling fans as well as appliances that are promoted under different brand names such as Honeywell and Harbor Breeze.