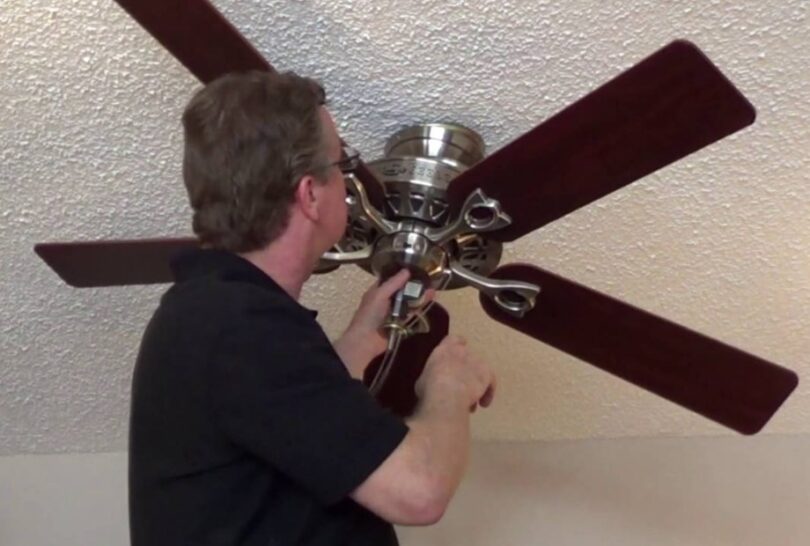 How to Remove a Hampton Bay Ceiling Fan?

Things You Need for Removal

Firstly, you need to turn the power off to the ceiling fan from the main breaker or fuse panel.

Now, its time to lower the cover of canopy and let it slide down onto the top of the fan motor housing to see the ceiling mounting bracket.

Lift the ball at the top of the downrod upward, now remove it from the ceiling mount bracket. Lower the assembly of Hampton bay ceiling fan slightly to see the wiring connections of the fan. You need a helper to support the fan motor because the downrod ball is no longer with the ceiling bracket.

Take out the electrical wires from the ceiling box and separate them from one another.

Now, disconnect the three wires available between the fan and the ceiling box and twist a wire nut onto the end of each wire from the ceiling box. It will prevent you from a short or shock from the circuit until you replace the fixture.

The fan assembly is now free of the ceiling box and you can remove it.

A Hampton Bay ceiling fan assembly is heavy, so you should get a helper while going through this task.