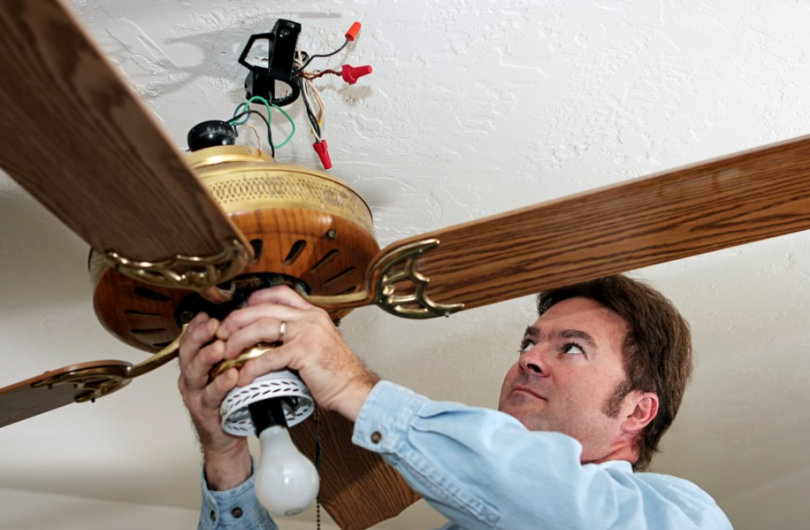 Whenever you think of trying anything that involves electricity, you should know that it does not have any human friends. Once it catches you, it can kill you. That is why we have written this guide on how to take down a ceiling fan safely.

Ceiling fans are an important household need for every tom, dick and harry. When it comes to deal with the hot summer days, they keep the rooms cool, provide comfortable surroundings, and you can enjoy your sleep in the bedroom at the optimum temperature of the room.

What You Will Need

Before you start removing your ceiling fan, you need to bring together all the tools you need. Some tools will depend on the type of fitting your existing ceiling fan has, it includes light kits, whether your fan has built-in lights or later you have installed them. In general, you will need:

How to Remove A Ball And Socket Ceiling Fan

How to Remove A Flush Mounted Ceiling Fan

The steps to uninstall a flush mount ceiling fan are different as compared with the previous type of ceiling fan. Flush-mounted ceiling fans need to be taken apart more before you take it down from the ceiling. However, there are some steps that are same. The first thing is to ensure that there is no electricity passing to the ceiling fan before you start the task. Always ensure that you can reach the fan safely with the help of a step ladder.

There are safety tips one should take into consideration when working with electricity within your home.

We hope that you liked the ultimate guide on how to take down a ceiling fan.

We also have a brand-specific guide on how to uninstall the Hampton Bay ceiling fan here.