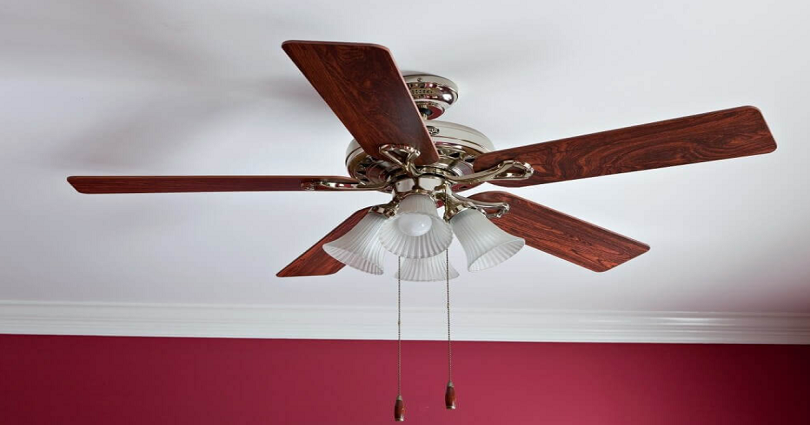 According to the experts, ceiling fans are neither outdated nor out of style yet. Here are the reasons why you should still purchase a ceiling fan.

The answer to the question varies from person to person whether ceiling fans are outdated or not. Ceiling fans have been in the market for decades and will be around because they are highly energy efficient. Ceiling fans do not take enough space and it makes it an ideal choice for small places. These simple reasons allow them to withstand this test.

Despite their popularity, in the last few years there has been a decline in the installation of this fixture, it is happening because they are becoming outdated.

But they are not out of style, it is because every year ceiling fan brands come up with different types and shapes, most of these ceiling fans take less space as compared with AC and are more efficient. That is why it is an important choice for your house and people consider it into their rooms.

Although most interior designers do not give preference to ceiling fan, they rather avoid it.

There are a number of examples of design experts that can be quoted who recommend usage of ceiling fans as:

“As manufacturers got smarter, interior environmental scientists weighed in on functionality and designers influenced style, so now ceiling fans have become a functional, hard-working, fashion piece of home.”

Stated by Jeff Dross, a corporate director at Kichler company

Note: speaking of Kichler, you can check out our recently published best collection of Kichler ceiling fans.

It is replete with creative designs that can complement the trend whether it is vintage industrial, ultra contemporary or cottage.

Whatever your preference is in terms of style, ceiling fans are available. A typical fan contains 3-5 blades, but in this modern age, the companies are also creating 8 blades ceiling fans as well as single blade units. There is a customization option for a ceiling fan is also available, you can select the decorative blades and finishes.

Furthermore, there is a fan for every area in your home, for example you can get a ceiling fan for your patio settings. When you will choose a ceiling fan for this location, you will get a stylish unit that can withstand weather elements right? In short, it should be wet rated.

As stated by Rebecca West, an interior designer, “If you choose your ceiling fan carefully, it can add aesthetic appeal to a room by enhancing the design. They work especially well, for instance, in spaces with industrial, tropical or mid-century modern styles.”

Being said that, let’s go through the best reasons why should we install ceiling fans?

11 Reasons to Consider why you should still install ceiling fans

In the 90s and early 2000s, ceiling fans were regarded as the standard fan in most of the houses. With the passage of time, ceiling fans have moved to the modern homes too, it happened because of various reasons. However, everything is not lost for ceiling fans as they are designed in aesthetically pleasing styles. The users consider to install a ceiling fan due to these features:

As we have discussed, ceiling fans offer higher efficiency. A ceiling fan has the ability to generate more airflow that is known as CFM (cubic feet per minute). It creates cool air that decreases the temperature by up to 8 degrees. In addition, you also save more or less 40% of the AC bills.

In the winter season, the temperatures remain too low to use a ceiling fan to create airflow. however, there is an option that a ceiling fan offers to heat your room. It is possible by using the reversible option of the fan, make the rotation from counterclockwise to clockwise. Thus, the ceiling fan will blow the warm air instead of cold air down the room.

People dislike ceiling fans because of the loud noise they generate when they run. Fortunately, the manufacturers of the fans come up with the method to get rid of the buzz sound created by fans. So, they have become super quiet so you can install them in bedrooms as well as in libraries due to their quiet operation.

As house owners keep on changing the interior designs, so they will look for a unit that matches the different designs. Therefore, the manufacturers have also started creating different finishes, sizes and blade colors. With all these options, you will be able to find the appropriate and matching unit for your home décor.

Ceiling fans are available in various styles and the manufacturers are producing more and more designs to match the modern age styles. In past, ceiling fans used to be ugly. In this age, they are available in different designs with personalized options so it is not possible that you do not get the desired fan for your home.

If you are looking for an ideal ceiling fan for your bedroom, kitchen, living room and even bathroom, you can get the desired unit that fit in your place as well as in budget.

Most of the houses have poor lighting, it usually happens when the owners of the house does the interior designing by himself. Luckily, you can get rid of this issue of poor lighting with ease. To overcome this problem, you need to install a ceiling fan that has a bright light kit. The light kit should have the ability to provide broad lighting that can lighten the poorly lit room. Ceiling fans that offer multifarious functions come with pre-installed bulbs 4 in numbers to provide the ample lighting.

The lighting fixture with a fan enables you to get rid of the need to install chandeliers, wall sconces and pendant lights.

Ceiling fans have the ability to cool down your home with its constant breeze and makes the temperature perfect for you. They are more efficient in terms of cool air when they are coupled with AC.

Ceiling fans also work as a good deterrent to pests if they are installed in the right place, pests are commonly found in the spring and summer seasons including gnats, flies and mosquitoes. Insects can be very irritating in nature especially flies, they disturb family gatherings especially when food is there. You can also install a ceiling fan in the patio area to make sure that you get rid of the annoying pests with the circulation of air.

Here is a guide on how to use your ceiling fan to keep mosquitoes away!

It is another factor to consider that is, they do not occupy a lot of space like AC. They occupy the space on a ceiling and left you sufficient room and save you enough space.

If you are living in narrow place then you may want to consider the best small room ceiling fan to install in areas like dryer room, ironing area and bathroom etc. The small ceiling fans can be as of only 20 inches in blade length.

If you are conscious in terms of environment, you should consider using a ceiling fan made of recycled steel, plastic or ethically sourced wood. This way you will be able to enjoy the cool air of a normal ceiling fan that is environment friendly.

If you are convinced with the above discussion, that the ceiling fans are not outdated and worth the money, you should consider going through these important facts before you begin to order one or go to the market.

How To Measure Ceiling Fan Size: Know These Tips Before Buying

How to measure the cost of Electricity